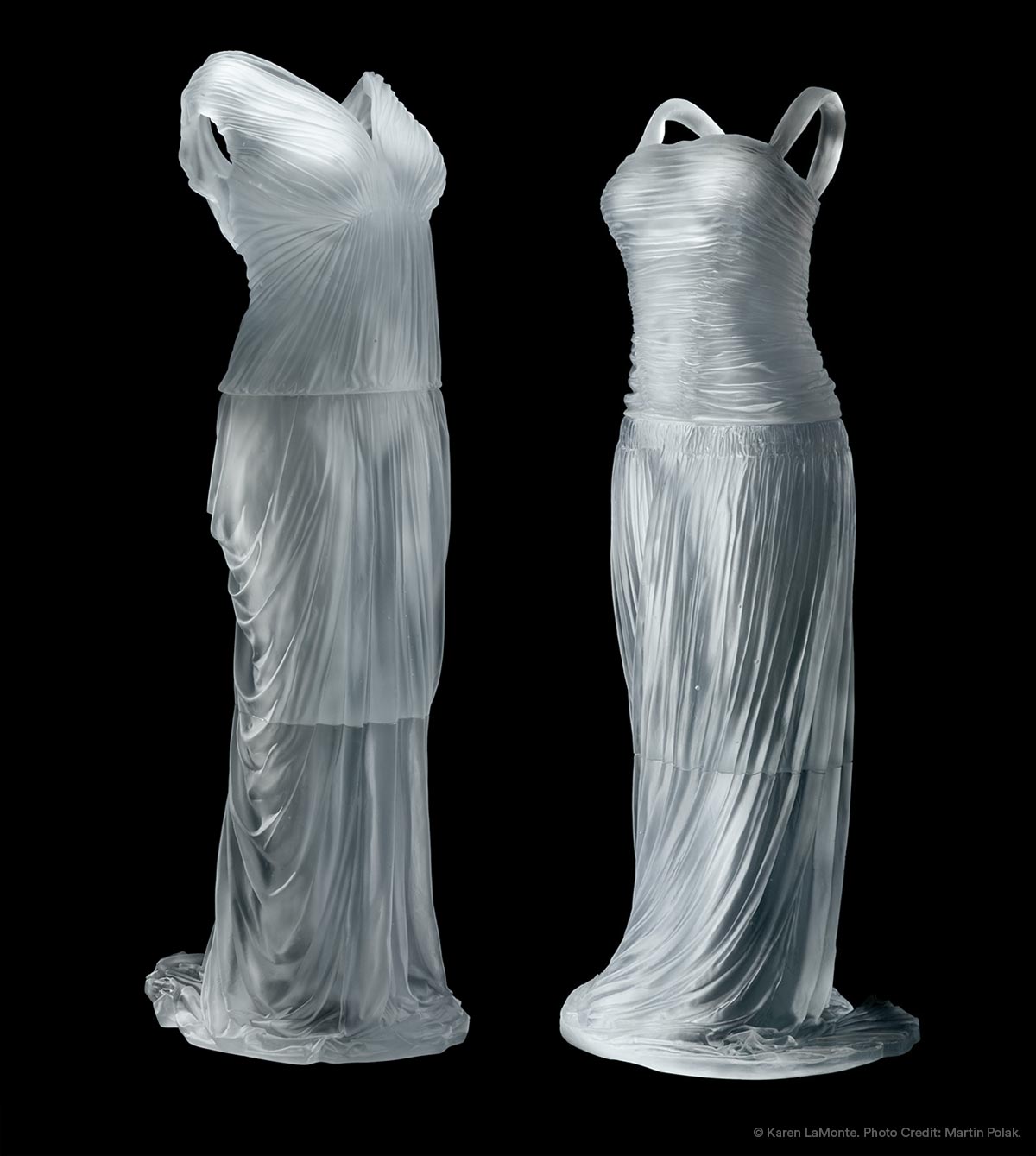 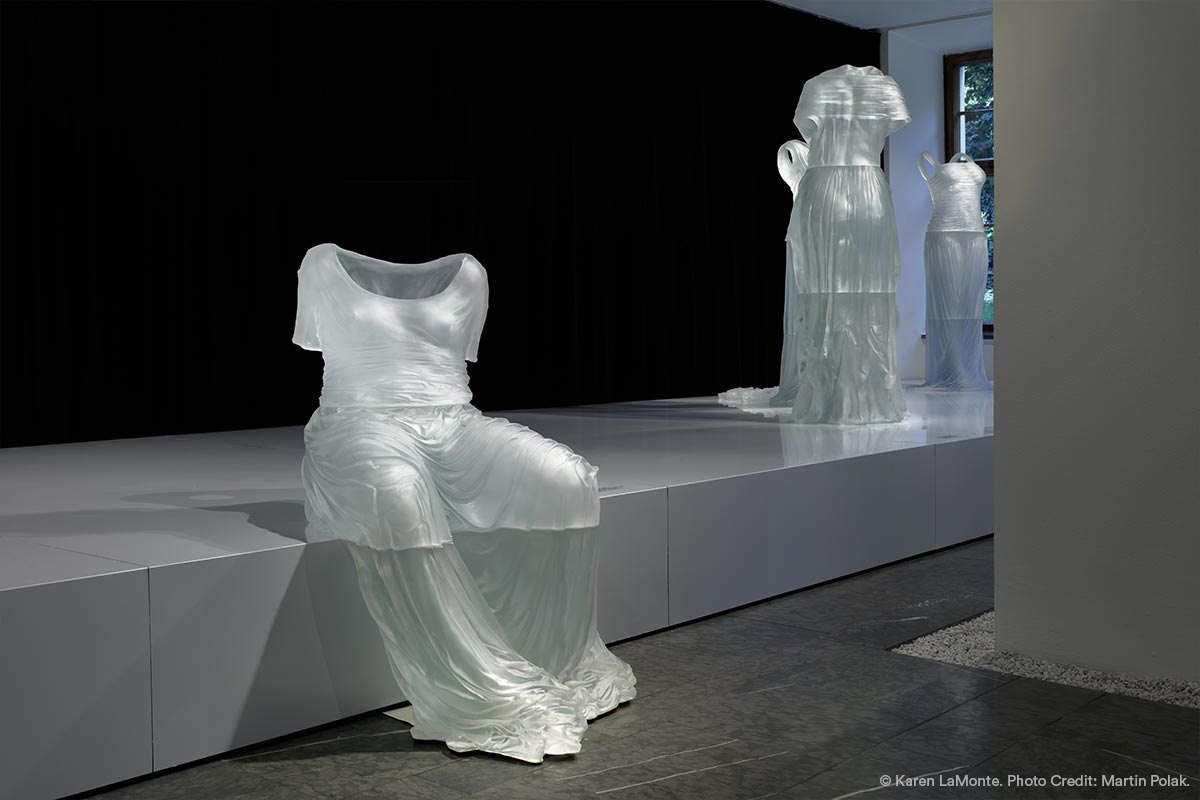 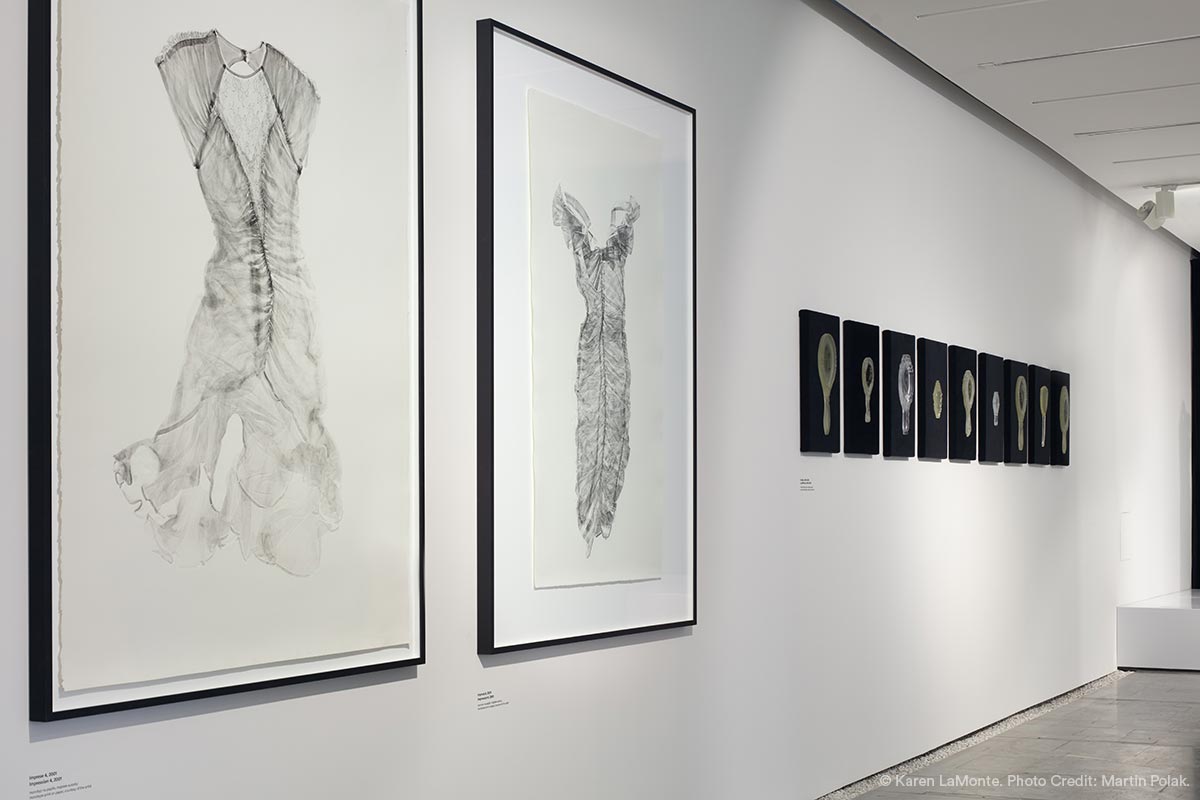 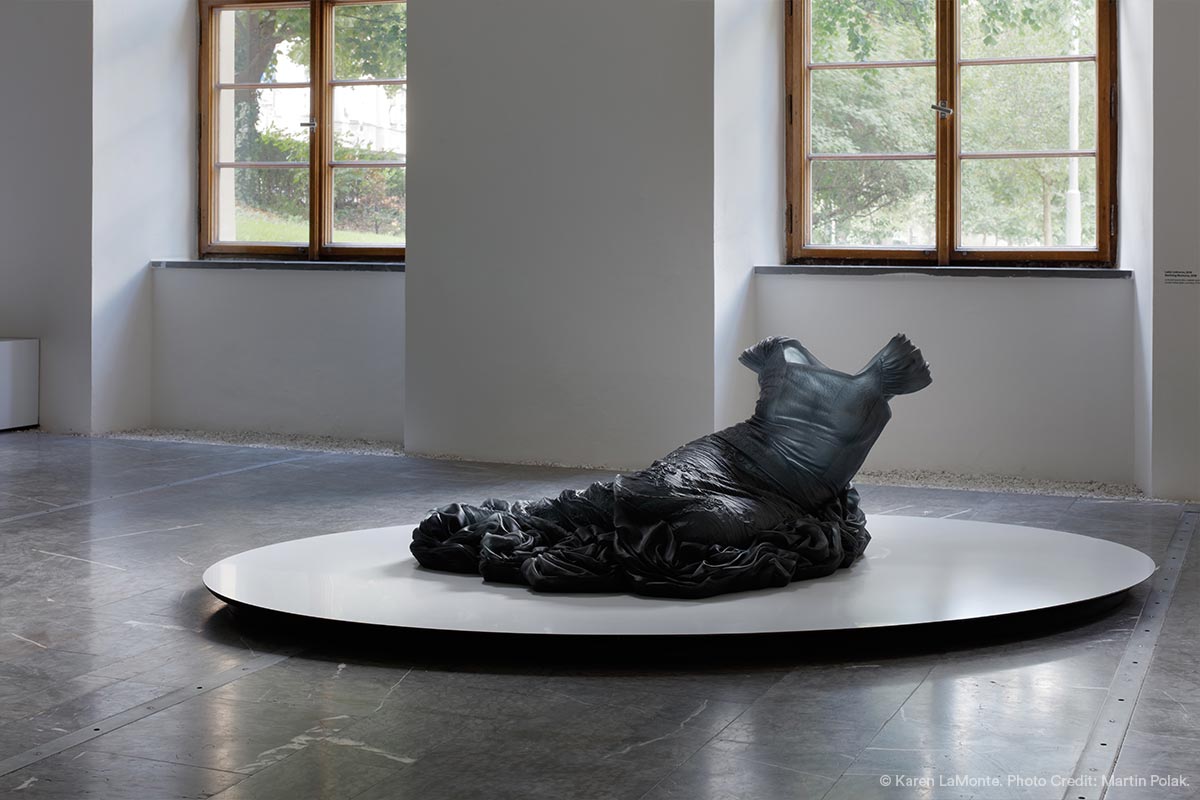 In the world of art, unexpected or even surprising things happen quite often. Included is the fantastic story of the American artist Karen LaMonte. Already during her studies in the USA, she started to think conceptually about the forms of corporeality and the physical body, about the role of women in the world. She then projected the stimuli and experience she had acquired into glass material. Subsequently, thanks to the Fulbright Fellowship, she was able to study in the atelier of Prof. Vladimír Kopecký at the Academy of Arts, Architecture & Design in Prague. By that time, she pursued her ideas of manufacturing three-dimensional life-size garments made of crystal. To many it seemed a trivial idea without a deeper content. Yet a determined Karen LaMonte carried on with her project and unwaveringly went her own direction in fulfilling her big dream. She used a technology that turned out to be central for her idea: melting glass into a mold, i.e. a method that had been developed and made famous worldwide by the artistic couple of Prof. Stanislav Libenský (1921–2002) and Jaroslava Brychtová (*1924). The experience of glassmakers from the North Bohemian town of Železný Brod turned out to be another crucial moment in the course of events. Thanks to this place, the Czech Republic became for Karen LaMonte not only her home but literally her destiny. The subsequent international success of her clothes proved that she was right, while the others were mistaken. Karen LaMonte’s works now decorate some of the most remarkable collections of modern glass. Their creator wins various awards and is invited to attend prestigious exhibitions but also diverse creative activities including futurist experiments. Admirers of her garb are fascinated by the flawlessness and fragile beauty of almost dreamy metaphorical objects, the mysterious translucence of its matte surfaces as well as the genuine volume of richly pleated fabrics contrasting with the half dematerialized silvery-like imprints of absent women’s bodies inside the glowing matter. Nonetheless, from an artistic point of view, Karen LaMonte did not get trapped in one expressive manner and keeps searching continuously for new forms of expression, whether in the cycle of mirrors reflecting human faces, in the series of Japanese kimonos made of ceramics, bronze, cast iron but also glass or in a huge cloud rendered in Carrara marble based on climatic models. Her talent, artistic sensitivity, intuition, tenacious strong-mindedness, and, last but not least, her assiduousness are principles that enabled Karen LaMonte to become one of the most renowned personages of contemporary glass art.

Work: before 1998 UrbanGlass, Brooklyn, New York, USA; since 1998 independent artist; since 1999 the she has lived and works in Prague